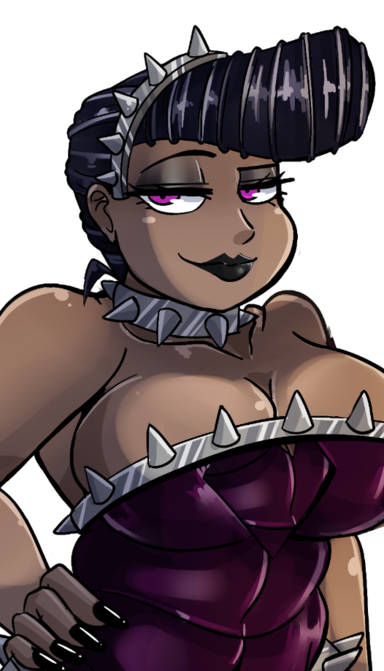 Introduction​
After taking a moment within my broken down shop, I looked at the Terran that I've recently dismantled to learn more about weaponry. While I had the knowledge myself on the subject to create dozens of weaponry at a time, I knew eventually that I would have to fight alone… that mission me and the boys went on showed me that having guns would not save me in a fight by myself and I needed someone to have my back. It was probably the wrong move that put the Terran out of commission, to stray from being a mad inventor to be nothing more than a fancy blacksmith. Brute force at least for me was a losing proposition because in the end– sheer numbers alone could outlast my guns. Which was why I decided to go back to my original way of fighting….

I immediately began digging up old fighting styles and strategies that I have discorded in hopes to learn a more effective battle style using the weapons alone. Having to relearn my old way of fighting was tough but it was an easy transition since both of the styles that I had come up with used similar skills. It took me about a few days to get the Terran up and running again along with changing my armor from it having healing properties to it being capable of cloaking me to blend into the environment. The tools that I used to work on went into making more tools and crafting poisons from whatever was around me. The Terran now online helped me, every waking moment I focused on my task of building smarter instead of bigger.

It took exactly 6 weeks to relearn what I had forgotten combat wise, but eventually I felt that sense of being back to my old self before I decided that having a bigger arsenal was more effective than engineering something that no one has used before. My Terran at my side, I began to feel a new found spark to update and upgrade myself…. I think it's time to pay the local street doctor a visit….
Reactions: Miroku Akkuma

Of course, I’m not going to your just regular friendly neighborhood medical nin, the hospital on that the uppers had would ask too many questions and I was on like multiple suspensions do to ‘suspicious’ activity on my end which lead me to go see the local street doc who specializes in everything from the mojo kinjutsu to the shinobi implants. His shop ain’t your average hospital, it was more like a decaying warehouse full of gang graffiti and rusty tables. You even had to knock on a bar door before some big guy with nasty looking scars all over his bald head lumbered through the door to gesture you in. Me, I walked into the place to see people scattered everywhere with these weird mutations. A growth here, some looking part animal, it was basically a mutant hideout. I walked up to a lady who seemed to look more mannequin-like than human. Face blank with cracks and her joints were all jointed as they said to me in voice that sounded as robotic as my Terrans movements.

“Name. Affiliation. Reason.” the mannequin said in a flat tone. Blankly looking at me with glass eyes in which if you looked close enough- you’ll be able to see a little bit of this wet fleshy tissue from around the things eye sockets.

“Yeah… Yeah check the records. Got an appointment to see your doc.” I said, trying to contain my disgust for this thing in front of me. Praying to Mother Suna, Jashin, Raiden, The Goddamn RNG or whatever God that was out there that I wouldn’t turn out fucked up like these Mutie’s were; but in the end I was already in it. “Migi Jakki but I usually go by the Alias of Speedy. My affiliation is currently the Cottontails through a contact. Reason, well ain’t it obvious?”

“Reason.” the mannequin said flatly, its plastic gaze turned downward making this face that made me hold my hands up since it was looking pretty hostile right about now.

“I’m here to get a Kinjustu NINJA DAMN! Chill.” I yelled at it, despite me being the only yelling which caused some of the mutants to turn their gazes towards me for a moment. The mannequin went under the desk to get a floppy disk, putting into some extension which led to an old pet computer. Once the computer was booted up, it typed some command which brought up some names and it typed another command to see that I did have an appointment to see the doctor for a kinjutsu like I fucking said. All it really needed was my name but it had me jumping through hoops. Okay, maybe that's melodramatic but still. THEY KNEW WHY I WAS HERE. No need to get hostile with me.

“Here, your ticket.” it started to print out some paper which gave me a number and I looked at it for a moment.

“What, I’m catching a train or something? Ordering fish?” I snapped, looking at my number that says 8000.

“The waiting area is right over there, turn left and go through those doors. The nurse will call your number shortly” said the mannequin who pointed over to some door. I looked at the number for a moment before shrugging then walked towards the door, kicking over a muties can of pop on my way as I made my way through the doors only to see…. Thousands of people crapped inside of some big ass open space! Lines upon lines of people waiting, sitting in steel chairs and some standing up looking at a projection screen that had the number 50 on it in a shitty black and white image. Now, I knew it was strange enough that this guys place was in a warehouse but it was packed with raggedy looking people, thugs, grizzled warriors and of course muties. The best way to describe the place was that it was like a convention center event. Only no one was having fun around here… just waiting.

“Excuse me young man.. What number do you have?” some old bum ask, walking towards me on crutches.

“Ahhhh so they assign numbers by random and call people in order. I got here early this morning to get my legs checked out... and got 10,000.”

“You mean to tell me, that they are going by order! Like they are counting up to 8000?” I gasped.

“Well not today, they close at six but they’ll pick up where they left off soon. Sometimes we even get a lottery to see who goes next if you don’t feel like wait- Hey… where are you going?”

Oh. Hell. No. I’m not waiting all damn Month just to get a kinjutsu! I went right up to the front.pushing past people and then spun a nurse around and wrapped my arm around her scrawny neck. Deciding that the best way to get results is to hold some hostages. Pulling out my gun, I held it towards the struggling nurse's head then screamed to anyone who could hear me. “Alright, I ain’t playing! Give me my goddamn kinjutsu or so help me I’ll “

“NUMBER 51!” said the nurse who sounded robotic. Looking down, I came to the realization that the person that I was holding was in fact not real, only an automated puppet that someone was controlling from the safety of elsewhere. Someone even laughed at my efforts as I let the puppet go, than put my gun away and kicked the ground with an attitude. All the nurses were puppets, probably because they knew someone would be pissed and take one of them hostage. None, the less looks like I'm gonna have to formulate a plan or end up in jail for mass murder.
Reactions: Miroku Akkuma
You must log in or register to reply here.
Share:
Twitter Reddit Tumblr WhatsApp Email Share Link
Top Bottom