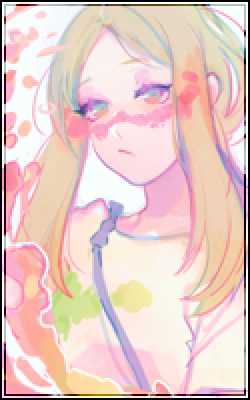 Pale evening light touched the edges of the hospital bed as the Medical Chief opened her eyes, groggily wiping the sleep from them with the back of a bandaged hand. She immediately noticed a dull ache in her side as she tried to roll over, and remembered- the tournament. Ah, right; that meant she had lost to the Cloud Shinobi, Daisuke. That was alright, they had both tried their best, there had been plenty to learn for next time… she was still a bit bitter that she hadn’t been able to prove anything herself, though. All that work she put into training for it, all that time she devoted to showing how far she’d come… she let out a sigh. There wouldn’t always be next times, unfortunately.


​
The dim ceiling lights looked blurry as she gazed around the familiarly-decorated room; she rubbed her eyes again, blinking a few times as she heard footsteps down the hall. The digital clock beside the bed said that it was pretty late… she wondered who was still working around this part of the building at this hour. Moments later, her cousin Teru appeared in the doorway, wearing her normal clothes instead of the Byoin uniform. “Just here to say hello?”

“Well, hello yourself. And nope, nothing more we can do to help you recover faster or anything- you should know that. No training or physical strain for two whole weeks, miss ‘say hi to them when you wake up.’” The young woman smirked, but looked at her cousin understandingly. “Don’t beat yourself up about it, really. I know you will anyway, so if I catch you on the practice grounds before those two weeks are up, you’re getting catapulted directly back into bed.”

The look on her face sobered suddenly, and she addressed her again, “Actually. I’m here to pick you up- your Dad wanted to see you at home. He was… really concerned that you got knocked out like that.”

The girl stretched her arms out slowly, testing each finger. She wanted to get right back to training, Teru was right; she knew, however, exactly what the consequences for her body would be if she worked it too hard before giving it a chance to heal. She tried to think back to the last moments she remembered… “Was it really that bad?”

“I wouldn’t say so- nothing to freak out over, anyway, especially since you’re supposed to be used to this sort of thing. We picked you up out there with the stretcher, wrapped you up a bit, and put you in bed, and you were fine the whole time. Your eyes did look a little discolored when we examined you, but nothing to be worried about, the others didn’t think. Hey, if you develop heterochromia or something, that’d be cool! Anyway, we should be going.” She motioned to the door. “Come on, rise and shine.”