Enlightenment of an Arcadian (open)

Aizawa yawns as she made her way towards the Isle of Man by boat of course. With the start of the Academy, Aizawa can be seen with a bag filled with scrolls. Each on a different subject but if anyone where to take a gander inside, they would see that she a particular kind of scroll more than other. A few are labeled Chakra and each of its derivatives; the other for some reason where labeled medical. For the passing viewer that were noisy enough to check, they would give her a strange look. She was however aware of this and despite all of that, she would take out the scroll without any fear of the social stigma. She was well aware of the religious belief in Arcadia and how they viewed medical shinobi. She stood in the port of the boat leaning sides as she now engorged her new habit of reading. Throughout her classes, she was able to get a grasp of Chakra and how it worked. Through that she traveled deep into the subject that most found taboo. She continued reading as it outline that with fine chakra control one can achieve such feat. She wonders how someone can get that much chakra control, this one question pose a problem and with that quickly rushes through her bag for her scroll in wish she took notes in class. She skims through it until she was able to find the topic that explained to her in a bit more detail. She was unaware that the boat soon was nearing its destination.s 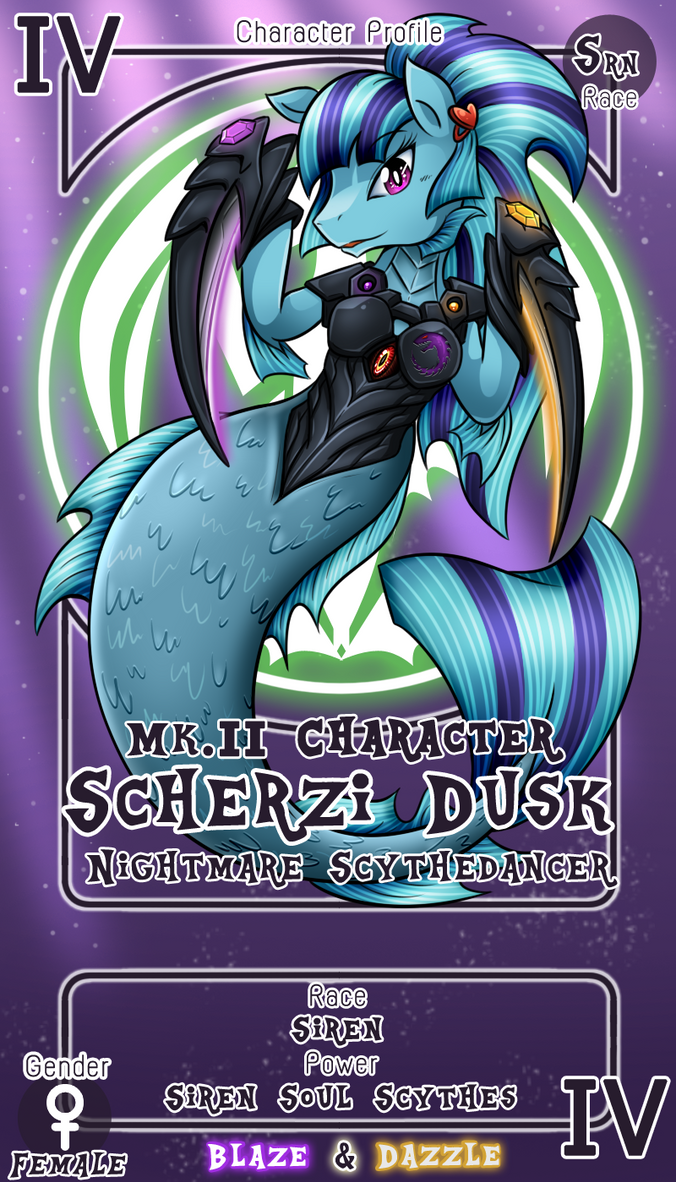 As her boat sailed across the water she would see a group large rock sticking out of the sea. On one of the rocks was a strange creature with the body of a fish, head of a horse, arms of a mantis and voice of an angel. She looked to be some sort of siren; she diffidently had the voice to lure sailors into crashing into the jagged rocks. The sound of her beautiful singing would surely get Aizawa’s nose out of her scrolls. The entity imbues chakra into her singing giving it an illusionary effect that would cause all weak of mind who heard her song the feel of being a bit drunk. Sailors in this cheery state would suffer a lack of good judgment and likely sail their ship straight to her. Her voice while she sang had an interesting sound; her voice sounded like multiple people singing together in harmony. True she may be dangerous but if this student risked it, this being could teach her a few tricks. It is quite obvious that she had great talent when it came to genjutsu and of coarse that would not be the only type of jutsu in her arsenal. Sirens were also well known for going after strictly men, thus Aizawa would not be someone she would likely target for an attack.

Aizawa was jerking head from side to side as she appeared to look like a mess with so many scrolls around her. She appeared to be deep into her studies but would be distracted soon after. The silent boat ride, aside from the murmurs of the other people, was broken by the whales of an angelic voice. It was soft to the hear of anyone that heard it and frankly that was everyone on the boat. Everyone was in a frenzy including the deck hands as they looked around for the source. Aizawa was uneasy about this but this feeling was soon gone as she as well began to look for the source and just as the boat was heading in that direction, she finally saw where was the singing coming from. Her body felt sluggish and very a inebriated feeling was felt throughout her. She stared at the being that was singing and would logically gasp at the sight but the genjutsu prevented that. She simply stared in awe as the boat continued it's coursed towards it.

Unfortunately getting to the one with an angelic voice would mean ramming the boat into the rocks, which would be a bad thing for Aizawa. Kami does like a captivated audience, but this was starting to get a little out of hand. Unlike other sirens she likes her listeners to be able to say alive and possibly hear her again. Perhaps drunken stupor was not a good of choice as she thought. Her intent was to make them happy, which it did but it also lead them to do something stupid. With a swish of her tail vines shoot out of the water and the plant surrounds Kami and the rocks around her in a wall of thorns. The boat collides with the wall but unlike the rocks this obstacle gave some leeway. People riding on the vassal still acting drunk would stumble and fall at the sudden stop, but the ship would remain undamaged. She ends her illusion and addresses those that just rammed into her barrier. “Is everyone alright? I know my singing is beautiful, but you really need to pay attention where you’re sailing that thing.” Though her voice was absolutely enchanting while she sings, now as she talks it seems pretty normal
M

Aizawa was abruptly put out of the trance as boat was rocked due to running into the the barrier. This caused everyone including herself to fall towards the boat floor. The siren's voice fills Aizawa's ear as she for the moment looked at her. She was not that surprised at how she look seeing that people from Acardia are rather unique. She looks over to see her scrolls all over the place and would quickly attempt to pick them up as the boat hands attempted to make preparations to continue sailing. She could not help but to wonder how that singing induce such a trance like state on her and everyone aboard.

As the boat hands make preparations to continue sailing, Kami removes the wall of thorns. With everyone interested on continuing their journey, there was nothing for Kami to invest her time. There was no reason for her to intervene with their voyager and no reason for her to come aboard. With no reason for any interaction as the boat sails off she waves them a good bye and goes back to her singing. Again she infuses chakra into her sound giving it an illusionary effect. It was a soothing melody that increases one’s perception to the environment around them, keeping their awareness sharp and focused. Those who gotten bumps or burses from the little tumble they just had would find themselves healed. Mixed with this healing genjutsu was a visual one; a nightmare genjutsu. This jutsu creates a creature that only those affected can see. It normally takes the form of a horse and has the ability to attack and do harm to those who sees it, however, Kami creates a bird with wings as black as night. The feathery friend would watch over their journey and report back to Kami if any harm were to come to the ship. The black bird sits on the starboard railing and gives a loud caw.
M

After picking up her things and recovering from her small shock, she would tune herself to listen to female sing once more. This however caused yet another illusion effect on her. She has yet to realized that she has been under the effect of two genjutsu. With her perception now increased, she would begin to look around noticing things she was not able to before, at the same time she was extremely confused.

Was all she let out until a loud caw reached her ears, well that's how she perceived it. She stares at the bird that appeared to resemble a crow as it sat on the right side of the boat. With her perception boosted she was able to notice how the bird was looking at everyone and everything that was going on. She wonder if the bird's perception was boosted to; She naively believed that it was an actual bird but again she was under the influence of Genjutsu number three. With such a young and feeble mind one could wonder how much mental stress Gen ryu has placed on her. With out even thinking, Aizawa stared at the bird and would approach it.
You must log in or register to reply here.
Share:
Twitter Reddit Tumblr WhatsApp Email Share Link
Top Bottom