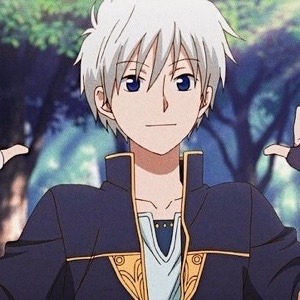 Reading the map by his side, Captain Naohiro, wearing his brand new pirate hat that he bought at a port just before leaving, tried to turn the ship from the helm of the Kuru’s main and only ship, the fog covered sea threatening to turn the ship over. He was supposed to gather supplies for a hideout for the Kuru, but alas he had run into one major problem. He didn’t know how to read a map or sail a boat for that matter! Smirking proudly at his hopeless situation, Naohiro casually turned the ship towards a sharp right.

“Man being a pirate sucks,” Naohiro complained as another wave smashed into the ship, “Knew I should’ve tried to be a bandit, like my pa.”

As he glanced at the map, Naohiro pulled a crayon from his robe and started drawing doodles on the map. Trying to guess where he was by drawing dots on the map, like the heroes on the radio shows do. The fog hadn’t been around until an hour or two of sailing ago.

“We’re somewhere near the water …” Naohiro mumbled as he drew dots and swirly crayon lines, “Definitely a lot of water. I’d say we must be …. In the ocean!”

Clearly proud at his revelation, Naohiro grabbed hold of the ship wheel and took a turn slightly to the left. Clearly if he was in the ocean, turning left should mean he starts heading back towards the shore! Letting go of the wheel for a moment, Naohiro looked outward into the fog dramatically. Squinting his eyes, he could see the silhouette of what seemed to be land. Smirking proudly at his accomplishment, he threw a hand upwards.

“Land-ho, Hiro does it agai-“ Naohiro celebrated loudly, throwing the map aside before promptly being stopped as he heard the noise of the ship slamming into the land with a terrible breaking noise.

Glancing towards where he was suppose to drop the anchor awkwardly, he meekly walked over and released the anchor. He leaned over the side of the ship and watched as the anchor crashed into the snow with a satisfying whack. Then Naohiro blinked and rubbed his eyes. Looking back at the anchor that was crashed into the … snow. 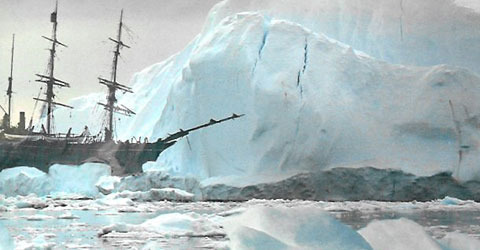 Naohiro silently walked over to where he dropped the map, lifting up the crayon ridden mess to see any sign of ‘snow’. Seeing no snow and ice filled lands, Naohiro promptly tore up the map with shrug.