​
Tasked with doing his part to make sure that the current and probable next generation of Kumo was ready for whatever threats would come their way, Musashi found himself in the Ancient Forest in the middle of a rainstorm that was steadily picking up in intensity. While it was true that normally storms of such weren't all that powerful compared to the islands or coast, every so often there was a storm that seemed to test the fitness of the large and ancient forest in ways that it hadn't been tested before. This was looking to be one such storm, and as he continued to make his way towards the the place that he would spend the next few days, he went over the whereabouts of the hidden away place in his mind.

Known for being a true recluse, an ancient forger of all sorts of wares had once made his home deep within the Ancient Forest in order to not only elude the authorities but to also find a measure of peace in order to perfect his craft. In the hustle and bustle of much larger villages and cities, one could always look forward to being distracted when they were trying to intricately copy a blueprint or the like, whereas here, one could only ever blame the natural sounds of the forest which proved to be far better neighbors than any human could be. Tucking his rain coat tight about his body as the wind picked up, Musashi grimaced and stopped to look around to see if he'd passed the marker for making sure that he was on the right path and sure enough he found the oddly banded tree stump just a few paces away. Looking beyond it, he could see a clearing in the distance and so on ward he moved. 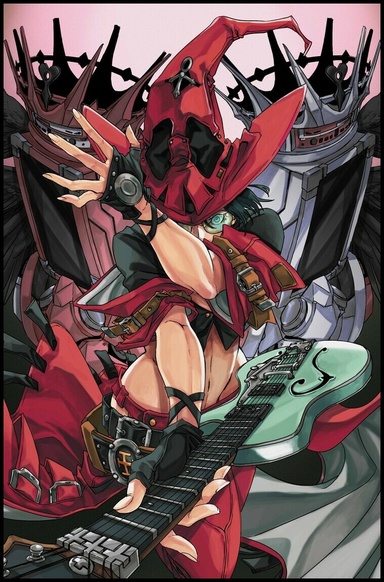 Onward he walked, careful to stick to the path that had been laid out for an untold amount of time. Many thought of Musashi as being ancient but there were indeed things that were far more ancient than even he could imagine them to be. Of what was notable about the ancient maker of weapons, was that he was simply one of the best to ever have done it. In a world surrounded by master bladesmiths, there were those that were simply different than the rest and he was one such. Even now, his works were considered legendary in nature and once obtained, were treated as more precious than the most highly adorned family heirloom. Musashi himself wasn't a holder of such works but if he could get his hands on them then he was sure that he could probably figure out a way to if not mimic the style than to at least understand what made them so special. As it stood, he was partially journeying to this mythic keep in order to actually learn from this great teacher in his own quest to gain enlightenment where he could find it. As he journeyed through the forest, it seemed that he picked up a stray, one who was either following him directly or following too closely on the path that he was on. In any event, the very nature of the forest gave away their secrets and like soft careless whispers the forest spoke one whom Musashi should be aware of. His senses heightened, he recognized that he was heading towards a pivotal fork in the road and so he bided his time to confront the would be stalker there.

Stopping and then turning around, Musashi was greeted by a most unusual but oddly appropriate sight. Usually a person that overshared was the sort of person that was either especially naive, gullible or hiding their deeper nature behind a freshly laid trap. Musashi himself had often used the tactic to varying degrees of effectiveness but on this day of days, he was willing to at least give honesty a chance to try to work something out. Noting the especially strange way that the girls entire aura seemed to radiate, he noted the especially blue nature, both literally and figuratively, of the woman and shrugged his shoulders as he dared not to approach but did leave some room to socially close the distance. Raising his eyebrows he shouted over the sound of the rain falling on the forest around them and gave caution to the wind. "Aye, you gave a mouthful but...say that we could help each other, why would you trust me and why should I trust you? These are perilous times that we're living in and the only truly honest man is a dead one." For all Musashi knew, the woman, or what appeared to be a woman, could have been just the distraction to make him let down his guard before a band of murderers ambushed him from the cover of the trees. Eyeing her once more, in his mind he wondered if she was a maiden or a maven, a witch or a wanderer lost in the woods. The world was a cruel and unforgiving place and certainly the aged sage wasn't quite so ready to call his tale's end. If she was looking to make an easy mark then he was completely and totally ready to make her work for her next meal. It was simply kill or be killed.

OOC: Apologies for the wait. Work has been beyond hectic!