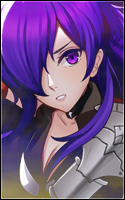 Ziren had boarded the ship just in time. They were literally almost about to leave him behind when he showed up.

As the ship made its way North, Ziren couldn't help but think of what both Soku and Migoya had said. Both of what they said corroborated with each other. Two people, from completely different areas, Tea and Moon, more or less said the same thing of what has been going on in Leaf. The Chigokai gripped the wooden railings of the ship tightly, thinking of those child murderers and the very man that actually supported doing that.

They skies were clear, and Ziren hoped this time that they actually do make it to Cloud with no other delays.