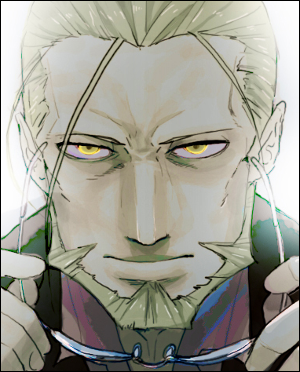 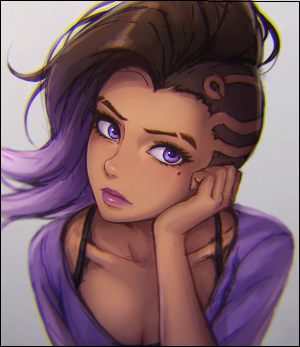 The hour was late when the remains of APU-00 were carted back into the primary hanger where the primary bulk of the work being done for the Bishamonten Project was executed. Both Raijuta and Fuurika looked on as the heavy slab that APU-00 and it's blasted and mangled lance-arm were rolled in with a level of frustration and disappointment.

They'd expected so much more from their creation. They knew going into the first primary testing phase that Katsuo was a powerful individual and they knew that he would almost certainly defeat APU-00. Or at least Raijuta had known that. Fuurika for her part was inconsolable on the subject of the damage which had been wrought upon her creation. Katsuo hadn't defeated APU-00. He'd dominated the artificial soldier. In the short encounter which could not be described as a proper fight Katsuo had taken down APU-00 in less than a minute from engagement and APU-00 had not even managed to land a hit on him. It had looked promising from the beginning when the puppet unit had surprised Katsuo with a chakra-based attack but the counter-attack from the last Sunahoshi had been swift and decisive as he'd gone right for the head unit where the primary battery cluster had been stored.

Still, the engagement had given them some actionable feedback. First and foremost APU-00 was too slow. Katsuo had been able to easily avoid it's physical blows even if the power behind each of them was considerable. Their autonomous puppets could strike with the force of an exploding sun but it would be for naught if they could never actually connect with an attack. Second, they would need to move the battery cluster to a more secure location. Katsuo's blistering chakra had melted right through the armored exterior of APU-00's head unit and allowed him to run his fingers right through the battery unit like a scythe through wheat. The results spoke for themselves.

But there was also some successes. The pyro-lance had functioned exactly as expected. The design left some things to be desired given that it left their puppet platform with only one workable appendage but that was only while they stuck to strictly humanoid forms. As their project expanded they could explode less-than-humanoid chassis designs which could allow for more flexibility.

But the last and most important piece of information gained was about Katsuo himself. They'd managed to take another set of readings from Katsuo's chakra and that information alone was worth the price of the destruction of their first prototype model. The chakra they used in the battery systems for the APUs was synthetic to begin with and they could use those readings to improve the quality of that energy.

Watching as Fuurika pulled at and finally pried open the mangled head-case of what had previously been APU-00, Raijuta allowed himself a positive outlook on the future. Their work was finally starting to pay off and then next models would be considerably more advanced.
Click to expand...