The Journeymen: OOC and IC Guide

Status
Not open for further replies. 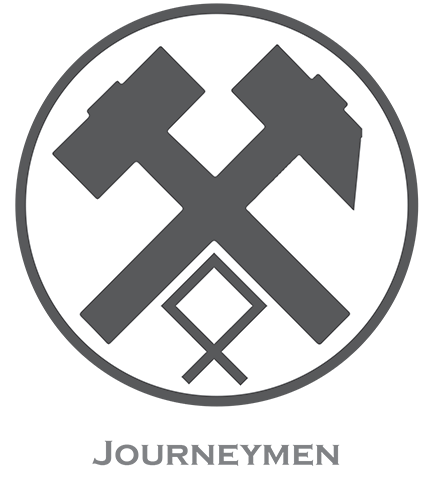 The genesis of the Order of Journeymen can be traced back to the Age of Primus and the God's Fall that preceded the liberation of humanity. It is said that Primus' blade and armor were the greatest achievement of the Journeymen's Order. Those who claim lineage to the Journeymen often state that Journeyman's armor was the product of a dozen Journeymen and gave Primus the strength of one-hundred men and often boast that it was their wares that gave Primus the ability to overcome the power of the Gods.

The Journeymen are a trade order that specializes in armors and weapons. It is said that a Journeymen is an expert in every form of armed combat and that their weapons which often bear their family name and sigil are the strongest, sharpest, and best weapons produced. Their secrets have been closely guarded and often Journeymen run in families but in cases where there is no heir, apprentices are often found among promising local youth.

In the present day Journeymen are not only unrivaled in their weapon martial skill but also skilled in armors and in some cases technology. Some Journeymen are tinkerers capable of making proficient EMP grenades, the creation and manipulation of mannequins or even the creation of armored suits capable of serving as more than a protective shell. Crafting is considered to be a lucrative trade in modern Suna, the Sunan government often has high regards for Journeymen because their wares are the essential tools of the shinobi vocation. In addition, many Journeymen are also instructors due to their in-depth knowledge and affinity for their weapon crafts. In fact, it is common for a Journeymen to become an educator for a brief period to find an apprentice if they have no appropriate legitimate or illegitimate offspring of their own.
OOC Information

For requesting initation into the Order: Contact the Head of the Journeymen

For requesting an IC service or job from the Order: Contact any of the current Journeymen

Status
Not open for further replies.