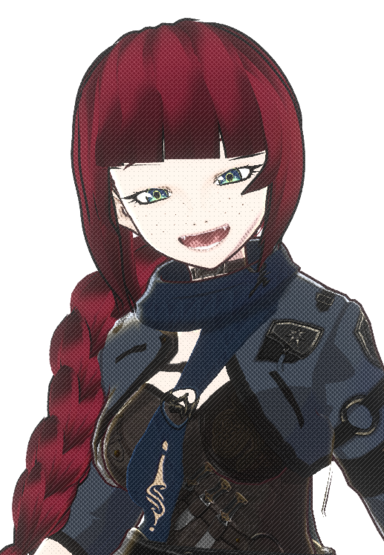 It took a day or two for things to get situated. The merchant, whose name was Xio, was ready to leave. He didn’t get everything back, it seemed the bandits sold some of the items, he did receive the money they gained from it since it was only fair. But it was less than he could’ve gotten for the items.

Aya waited for Xio by the gates, he wore his backpack full of his wares, and only a few survival items. Rations, and a blanket. He wanted to transport as much as he could without a wagon. It enabled him to climb over hills and such, but after recent events, he was considering investing in a wagon and maybe hiring a team.

"Alight. Are we taking the main road?" She asked simply, it’d be stupid to keep taking the same route, but he shook his head.

“No, it is too slow, I want to be in the bear country by next week.” He stated with a grin.

Aya blinked, and let out a sigh. This guy wouldn’t last long unless he learned how to defend himself. But that's none of Aya’s business, if he wanted to be stupid and keep making the same mistakes, then so be it. He’d learn the hard way. This time he had a guard, but what about next time?

The duo set off, Aya was quiet, while the merchant told Aya tales about the other lands he’d been too.

“The sands of Suna are perfect for glass making, it's also fun to surf down them. Though the sands can get scalding hot, soon after sunset, it feels so nice. You should visit it sometime.” Xio spoke as they walked into the shortcut path. Aya was close behind, listening but making sure they were not ambushed. It seemed that this area was empty, she didn’t feel any eyes on them.

"I’ll consider it." Aya stated, she was was definitely interested… Maybe she’d take a vacation to Suna or maybe keep an eye out for a mission.

Xio smiled and nodded. “Good, maybe you’ll be able to escort me all the way to suna one day, but That’d have to wait till I have more funds to do this again anytime soon.” He commented with a laugh.

Aya shrugged, a job was a job. She’d rather be doing something more heroic, but this was a nice break from the teahouse and all that.

They were able to make it halfway there without an incident, it took a few days since they had to set up camp. Aya kept a watch during the night, only taking light naps, that way she didn’t pass out or become delusional.

Xio kept trying to see her face under the mask, but she didn’t allow it. She’d explain she’d get fired if he saw her face, but that didn’t kill his curiosity. She was able to keep him from looking, by not taking it off, and eating while they were walking, since she walked behind him.

The only thing they encountered along the way was a few stray dogs, but they were easy to take out. Aya’s presence must have scared off any smaller bandit groups. The bigger groups were probably targeting bigger caravans, but most bandit activities were cleaned up quickly. No big group would want to target one merchant and an ANBU, at least no sane group.

Aya wouldn’t mind if the whole journey was boring, not all missions were full of fighting and had combat. Some were quiet and just peaceful, which wasn't a bad thing. She had it in her head that all missions were going to have some kind of tough combat, but she was still only taking D-rank missions, which had minimal combat. She needed to go on tougher missions if she wanted to get promoted. Maybe she’d go on a monster hunting mission with Ji later on since he is the only one she has any real connection within her team.

They approached the Bear country border and waiting there was an Anbu mempo, qualified to cross the borders, unlike Aya. This Anbu would take Xio the rest of the way.

“Thank you for taking care of those Bandits, and escorting me all this way,” Xio stated with a grin, then he waved and said goodbye. AYa simply gave him a nod. The less she spoke the better.

After they were gone, Aya started her journey back home, it’d only take a day or two at her full speed, it took almost a week with a citizen. But she brought him to the border within the time he wanted. She could have carried him, but with his heavy bag, that’d cause some trouble.