Michi was with him, pale and silent. Her steps slower than theirs. Her inquisitive nature, at least for the moment was muted. She was uncharacteristically silent, better known for monologues about her brilliant deductions and displays of acumen. But not since she had come here, she was quiet and troubled. Kazuki understood at least in part what was wrong, she had not eaten in some time and she was ravenous. It was hard to think of anything else, but meat and leaf and fruit would not sate. There was a dangerous impulse that she fought to keep at bay, she might be one of them but she was different. It was an illogical, prideful belief that betrayed what she always had been, an avatar of rational truth.

Animals eat or they die.

Did she covet the souls of others enough to deny herself the opportunity to exist? No, that was illogical. There were many of lower station and utility than her. This was not a moral dilemma, or at least the way she saw morality. No, there was a part of her that hated herself and what she had become. She had died that day in the Obsidian and it was truly not an melodramatic recount of a day years ago. It gave her what she needed and everything she could have wanted, as well as more than she had anticipated. It had pulled back the hands of time, as hybrids live sometimes abnormally long lives. She would have soon begun to deteriorate had this gift and curse not been thrust upon her, but she was not the same woman she was. It was hard to explain the difference because it went deeper than a hunger. For a woman that desired nothing more than autonomy as she had enough wisdom, her induction in the Deep Court had only replaced Nao's tethers with new ones as she became a creature of nature.

She was compelled to betray, to misdirect like the shadows in the night. She could not lie, the Lord of the Deep Court had imbued enough of his essence into her to make her beholden to the Court's standard. At least Nao's seals were gone, she did not -have- to learn, to seek out the Diamyo and his right hand man. They were about to kill her anyways, death meant something different to the necromancer. This was her best option, at least for a woman of limited options.

She did not need to remain at the Sennin's side but she rarely left it. Perhaps it was duty, some debt she felt she needed to repay. Perhaps it was a need for something only he could provide. Perhaps it was love. Her reasons were illogical, apparently she did care about him, enough to go hungry at least. She feared for him, he was called to Kohonagakure for a cause that could have been accomplished in Sunagakure. He left for a village he had once dedicated his blood and his sweat to. A village that he knew the secrets of. If he was defecting from Sunagakure, she would have let him go. That was what you were supposed to do with the things you care about -- let them be free. But she was not going to let them take him, she would have consumed all that they were before they could take him. The Sennin never forced her to stay or go, she respected him for that. He helped her when he did not have to, when it was not in his best interest and when it risked his safety and objective; because of that she would watch him and save him in return.

She was thankful of course when Kazuki announced his intent to return to Sunagakure. The region nourished her and would end her torment. And so she followed a dozen or so meters behind. 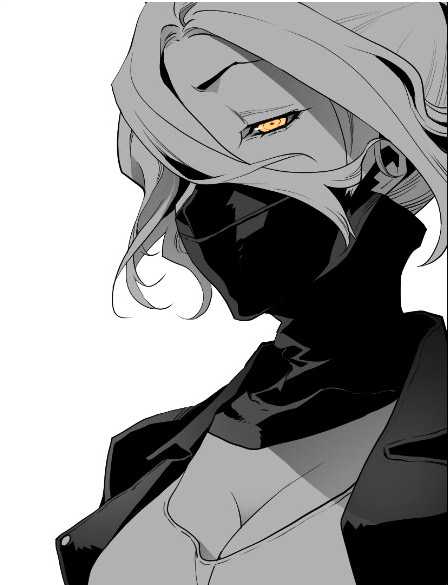 Tea had been fairly uneventful for the black sheep of the family. Nobody to really annoy the living daylights out of. Well there was one interesting thing - namely a report she had been given, which she was planning to share with her brother once they were safely back where they belonged. It would be an interesting thing to pursue for certain. After all it was a ridiculously rare thing to happen. Unfortunately there was one problem with everything - it was too darn quiet. She could hear her own heart beat and that was fairly unsettling. It just plain isn't right when that is the only sound filling your ears and it isn't even a situation where you have taken substantial damage or high stress! This was just weird and unsettling!

Natsu shook her head, her white ponytail swinging violently with the sudden movement. She would suddenly stop in her tracks, glancing back at the two, raising an eyebrow and half-shouting through her raised mask. "Say something sheesh! I know Kazuki won't say anything, but you're taking it too far, Michi!"<i></i> The Senju would give her female companion a cold stare, waiting for any form of response, one she was fairly unlikely to recieve, but hey she tried. If it was going to be this quiet she would just head back to Tea and try to get in some random bar fight in order to get her spirits back up. Frankly she was that bored! Well she wasn't going to do that, but it was always an option right? Right?

She was happy to leave Tea Country, she always wondered why Ancients were not documented in other parts of the world. It was because of the hunger, it was gnawing at her bones and unseating her mind. It was not due to some sort of sentiment that she refused to consume human souls but because of what that would mean for her and it terrified her more than the pangs of hunger could torment her. Her legs strained with each step but she did keep pace, she was determined if nothing else.

"I am if nothing compliant... something," Michi relented to the Senju's strange request to 'say something.'

She would look back at the city of Kurosawa, it meant black swamp. A curious choice. The city unsettled her but it was not some sort of sixth sense, it was that something did not add up. It never did. Why did Tea host a tournament in the first pace? They seemed to disassociate themselves from Sound, but Sound would have been their closest form of representation because the hidden village was located somewhere in the north if the rumors were in fact true. She was well aware that there was something going on between the Diamyo and the Otokage but she was never privy to exactly what. The Diamyo's daughter was going to be married off to the Otokage before she disappeared from her bed chamber. Her fate, also something that the Oracle was not aware of but it was possible that Sunagakure had something to do with the disappearance. Since the union between the teenager and the older man was not one of love, Kageoni Yami had rarely made the trip across the narrow stretch of sea as far as she was aware that would mean that the union was political. She took a sharp breath as the gears inside her head continued to turn.

Kazuki rebuked his sibling for antagonizing her. If she had the energy to laugh she might have considered. "I---" she started to say something, it might have even been important. It was important, she tried again. "I-- need to know," there was a pause as she took a breath. "Is-- there-- a concern?" She took in another breath. "For the fact that... the Diamyo was seen in Kurosawa?" she found his presence significant, alarming in fact. She was in no position mentally or physically to do anything about it, but again they were linked in some way. Yes, every leader was at the summit but it was every shinobi leader and Ishii Shiro was not a shinobi. Well, not recognized as one in any case.

Natsu paused in her tracks for a moment as she turned to stare at Kazuki in utter surprise. If her mask wasn't hiding her face, even if it was, it would have been rather easy to spot that her jaw had quite literally dropped at that statement of his. Her stoic brother had openly talked without really being prompted, well mostly. She had to throw a party as this would likely not happen over the next few years... or at least it looked that way in her mind. It was almost enough for her to ignore Michi's clearly newly-acquired ability to actually respond appropriately to the situation. Something was horribly off right now and Natsu was the only one that wasn't in on it. It was Fate's doing. At least that is what she concluded and rolled with in. The Senju closed her gaping mouth and followed after the two, glancing between her brother and their other companion every few seconds as she considered how to actually respond to this. Frankly she was at an impass. If she continued to joke with Michi she would be ignoring her brother's order, yet at the same time something must have come over him if he responded that way.

"Ah I get it."<i></i> Natsuru nodded, a huge grin forming behind her mask. It seemed like things might have worked out better than expected. Her brother was finally taking the initiative. The younger Senju couldn't help but chuckle as she began keeping pace with her brother.