Physical Description: Akane is a slight girl with neat black hair and deep, striking crimson eyes (so much so that she was named for them). Despite being more than athletically capable for her age, her eyes are the boldest thing about her appearance. The clouded skies of Kumogakure have kept her skin fair but muted, and her traditional-styled clothing might sport the occasional graze of an errant cloth knife- less frequently as she’s grown more experienced. She also enjoys wearing the handmade masks that her adopted family sells, although usually only around the house. Her face, unmasked, can be very expressive; she’s heir to the rare genetic ability to raise one eyebrow at a time, and she does so often in a gesture that’s equal parts questioning and endearing.

Mental Description: Akane is a very earnest person, possessing a fiery spirit as red as her name where her personal interests are concerned. These interests generally orbit around her family’s craft- mask making, sculpture, even weapon smithing and refinement. She keeps her room unkempt with incomplete art projects and designs that she’d be loath to show to anyone before they’re ‘finished’. Other times, however, she can be thoughtful and reserved, choosing to see the world from the outside rather than the inside. It’s during these times that she is able to pay more attention to other people and herself- when inspiration strikes.

History & Battlesmith Application: Akane’s earliest recollection happens to be hiding in her adopted parents’ bathroom in their house above the family craft shop, since she was scared of one of the masks she had seen downstairs. Try as she might, nothing comes to mind before that. Masato and Aoi told their daughter the story whenever she asked- they had found her on a rare walk outside of the village, unconscious on the side of the road, and had taken her in. When she was examined by a doctor, they learned that she suffered from a relatively common disease that would mature over time, stifling her chakra network and making it difficult to sustain physical activity for longer periods. As she grew up, however, its effects lessened somehow- one day, she found herself able to withstand the heat of standing near her mother’s weapon forge outside, and the next day she could run without tiring for 10 minutes. Ever since then, Akane has become somewhat obsessed with her origins, trying her best to figure out where she came from and why she was resistant to the disease.

Her adopted parents taught her their knowledge of crafts, guiding her through painting and sculpture as her curiosity evolved and eventually entrusting her with certain aspects of weapon creation and maintenance as well. Though neither Masato nor Aoi had been skilled enough at a young age to become shinobi, they had two lifetimes of experience behind them that they passed on to their daughter, and she managed to catch on quickly. It was originally her idea to look into armor repair services for the shop; that particular business venture was responsible for the nearly even ratio of shinobi to civilians that frequented their store, and also for forcing Akane and her father to learn how to sew (her mother figured it out herself). One of her favorite activities became running the shop during busier hours, just to hear the adventure-filled stories most of the ninja told. It gave her hope that she could travel the world like they did, testing her craftsmanship skills and searching for clues that lead to her birth parents. 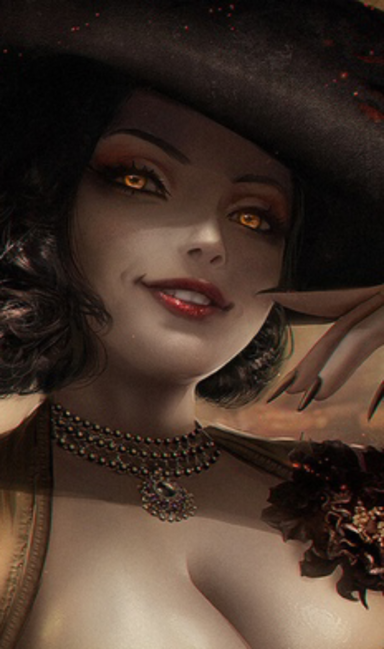 Welcome to NINPOCHO!
and
WELCOME TO KUMOGAKURE

On behalf of Council, I welcome you to the Village Hidden in the Clouds! Please continue to follow the steps in the First Timers' Guide.
We will add you to the user group giving you access to the village and give you your starting yen. Please put up a profile in the appropriate area and have fun!

If you happen to have any questions about NC or Cloud feel free to contact any Council Members. A list of these can be found here!

ALSO! Feel free to join Ninpocho's own Discord. Many of us use it for arranging roleplay and general chat!

Do your best to have fun and engage in jolly co-operation with your fellow Kumo-nin!