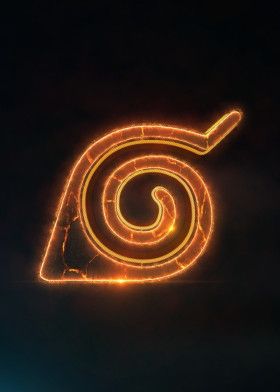 Misson Prompt as delivered to Sennin Nanjirou Soku: As part of the Academy's ongoing Career Day initiative, ANBU recruit Toshi has been assigned to shadow you to give them an understanding of the field of interest they have expressed an desire in joining, your task is to guide them and make them familiar with the duties and obligations of the unit. Please take caution in doing so as shinobi units have recieved intelliegnce that the delegation from the port town have not maintained communcation after arriving in Crater City and should you encounter any problems, remember that your duty is to the village and the recruit placed under your care.

Career Day was in full swing and everyone was off to to their respective assignment and locations. Some more eagerly than others, various senior Academy teachers escorted genin and students alike to their prospective senior shinobi who would have already read the prompt delivered to them and had been hand-delivered the file of the person to be shadowing them. The task was simple yet even on a crowded day like this, things were bound to go wrong.

The unit office housed within the ANBU headquarters was a simple sight, most wouldn't even have the chance of looking upon it but in reality, it housed the various members of the misson group tasked with escorting several Konoha diplomats to meet with a foreign delegation from a neighboring town although there was some concern around the mission due to the lack of communcation with the people they were arranged to meet with.

"Lady Fifth must be losing her marbles, really, him?"

"As if that wasn't enough, now we have to babysit." Another grumbled shaking his head at the sheer fact. No one liked a new face, you didn't know their intentions, what they wree cpable of and unless that was figured out, all of them would recieve the same dismissive treatment. There were no favorites in joining one of the village's specialized units and the younger ones would do well to remember that.

Heads turned at the sound of footsteps coming, a senior shinobi leading the prospective academy student or genin. "Come on then." He would snap at the kid gruffly as if the man had more important things to do than escorting these rookies when they could have found their ways themselves as he knocked politely on the door to the office that housed the unit members and the supervising officer before entering.

In this case though, it was the branch Sennin.

"Soku-san, here is the candidate that the Academy sent and one other thing, we've recieved intelligence reports that the delegation the ambassdors were supposed to be meeting with have gone silent, just a fact to keep in mind so we've been asked to keep a more vigilant eye when we set out but that'll be all." With that, the assistant gave a nod and a curt look towards the prospective candidate before slipping out.

OOC Mission Outline for Reference: The senior shinobi meets the candidate in the Hokage Tower where they are briefed by the Hokage on their diplomatic assignment concerning escorting several Leaf diplomats to meet with a local delegation from a port town with the purpose of convincing the town to donate a percent of it's profits to Konoha to help fund their Academy program seeking to open another Academy location in the port town. The two parties meet in Crater City however, it soon becomes clear that the delegation is actually several rogue shinobi from the town who didn't want the deal to go through so they ambused the real delegation and impersonated them. The senior shinobi and candidate are tasked with escaping with the diplomats while the shinobi pursue them through the streets of the city and finally having stowed the diplomats in a safe location, they turn their attention to finishing off the rogue shinobi keeping a few alive to question them to the location of the real delegation so matters can continue unhindered.
Click to expand...

Crater City, it didn’t have the best history, neither did the check on it’s background make Toshi anymore comfortable. The fact that this Career Day thing was going on, kind of kept his mind off of what happened at the gates. It also gave him a brief pause of the important mission the group would face in the upcoming days? Months? Who knew, but when the crew was told to go to Suna, the boy would have to be ready by then. He still held the question, what will we find while out there? What would the group come home with? An apprehended suspect? Either an ally or enemy of another village? More battle scars and wounds? Who knew what other possibilities would come of this situation.

Toshi moved with his escort without much of a fuss. Even though the Crater City location was known as rather sketchy, he kept his head up and stayed ready for anything. He said a prayer while the escort knocked on the door within the Hokage Tower. He didn’t exactly know who’s office they were standing before, but Toshi figured it would be a Sennin. This time it wasn’t Nao’s office, so it had to be either Soku’s, or someone else’s. Instead of continuing on guessing, he stayed silent. This mission would certainly help him in making his decisions and statements when going out to Suna. He considered this Carrer Day Mission as prep.

(( Sorry for the long wait. Decided to put this up while I had some time. I look forward to see where this goes. I should be steadily active from here on out. )) 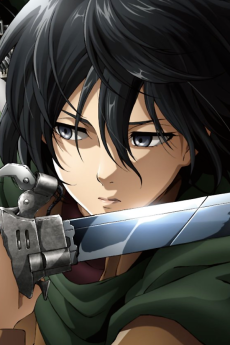 The Sennin called out, her smile brightening upon realizing who it was she quickly shooed the assistant out who had paled considerably seeing Soku strap on her ANBU vest. It had been battered, worn down yet was still functional and yet, it was never a good sign when she had to don her tenured uniform, a sign things were going to hell in a handbasket although in this case, it was more a case of providing much needed manpower.

The assignment before them was a simple one yet that was the very concept that got people killed. Nothing was ever simple, not when it came to the ANBU as she fixed her mask to her face.

"So, you've made it into the rookie ranks but you have yet to fully understand what it is this branch does so I've taken it upon myself to introduce you to that and a word of warning, the ANBU always carries with it a degree of risk and you may see things or see me do things that shock you yet understand this, morals have no place here. Everything is done for the safety and security of our village and sometimes, that means playing the bad guy."

Her voice was flat, instructional as she recalled the various deed she had carried out, the uniform she wore was a hallmark reminder of that as she flipped through the file in front of her before pawning it off to Toshi to look through.

"It's simple, just an escort mission so our diplomats can meet with some town represenatives to discuss some internal village matters, we're just an added precaution given it is Crater City we are going into and that place isn't exactly what I'd call butterflies and rainbows."

Soku was already on alert when she had heard where they'd be meeting, it was a haven of crooks and thieves and seemed like just the place where things could go wrong which the Sennin fully expected it to as she delivered her sword to it' sheath. Still, it had not been her first rodeo there so the Sennin rest assured in the fact that everything would mostly be under their control.

There would always be a few unknown factors they could not account for.

"Our diplomats are waiting at the gates to get started, I anticpate we'll be there well before sundown so if there's any questions, get them out of the way now while we walk." The woman said nodding towards the door before pausing and turning back to look at him.

"Be ready. For anything."

With that, she held the door open gesturing for him to walk through knowing it could very well be the last footsteps he took in this place.
You must log in or register to reply here.
Share:
Twitter Reddit Tumblr WhatsApp Email Share Link