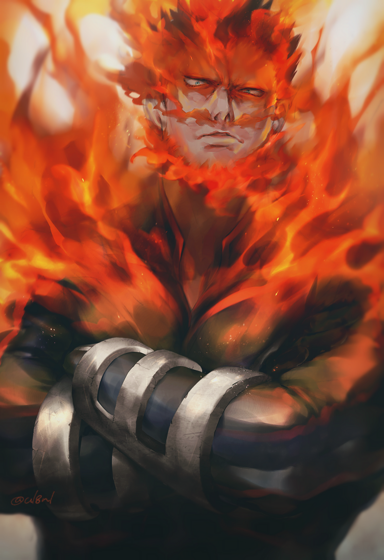 After class Subaku decided he would go for a walk, having never really learned anything about the old gods from his parents he decided to go the "Temple of the Five". walking for some time now he begun to see signs pointing him in the right direction.

Temple of the Five- ---> Read one of the signs.
Guess the Temple is this way. Sabaku thought to himself.

It was nice to be out and about the town on his own, getting to see the rest of town wasn't something he got to do often. Usually it was come home, train, read, eat and sleep. Having parents that were also Shinobi often meant Sabaku was left home alone. This wasn't a big deal, but maybe adding some religion to the routine wouldn't be such a bad idea. Everyone else seemed to love and worship the gods, so maybe he should to.

Sabaku would nod and wave to the passing people on the street, he had a innate feeling of respect for his fellow people. After all, being a citizen of Iwagakure meant you had to be strong. Sabaku knew that he would have to become strong as well if he wanted to survive being a shinobi, and that's what he planned on doing.

After a semi-long walk he finally arrived at the Temple of the Five, he saw a few shamans walking about and bowed to them in respect before making his way into the temple. It seemed that there was a place for a god for every element. This made sense to Sabaku, life is all about balance with nature, and what better balance is there then the core elements of ninjutsu. He made his way to each room one by one feeling out the aura of them all. Wind...Strong against Lightning and weak against Fire...This room felt cold and eery...he did not like this room. and proceeded through to the next one....

Sabaku made his way to the final room, this one was empty with the exception of shamans and other people praying and leaving offerings.

What's so special about this room? Sabaku thought to himself.

Sabaku made his way towards an individual who seemed to be alone. This person was shrouded in a cloak and he could not tell if they were male or female. Being an individual of courage it wasn't out of the ordinary to approach a stranger.

Excuse me, I'm sorry to bother you but would you happen to know anything about this room? Sabaku asked.

The Shaman was observing the room of the Void, the element cared least by most civilians and most by those whom understand it best: the Shamans. A recitation was generally what those who came to practice within this room did, but today, the man decided to stay. He felt as though his presence was a required one, as though the Old Gods might speak to him again as they had years ago if he stayed in this room. A compulsion, sure, but feelings like these were what was preached as what might bring one to teleos.

Endlessly, he observed the room, the one so different from the others due to it not being within the popular Hymn of the Five or without those who come to it to worship, it was a different kind of power, the one that wasn't elemental like the others.

Finally, the room was empty save him and some kid. Interesting that someone so youthful might find greater interest within this room. Most avoided it completely. The boy asked his question to him, obviously him as there was none other he sensed here. He turned around, his face was youthful, but his eyes reflected no light and were clouded completely as though he were blind and had died.

"This is the Sanctum of the Void, as you might have assumed. The Void is the element through which the Shaman assist the country; you can create illusion and remedy one within, it can be used to divine the future, it has many purposes, but it harder to attain than the others. Boy," he held the word out for a moment, "what power suits you best?"

Freezing for a moment upon the sight of the shamans eyes, he pondered on the question. Not really knowing how to answer it.

I suppose i'd like the power to be in control of myself, to weave my own destiny. The Idea of Teleos is very nice and all...but how could anyone ever achieve it without the Complete control over their own will. That is what I seek, the will to overcome anything that stands before me. Sabaku replied.

Perhaps that answer would suffice. Sabaku peered into the infinite blackness that was the void...feeling that anything he could imagine he could have. Then the feeling slipped away.
K

The man grinned slightly. Such childish beliefs this kid desired to hold onto. None's destiny were truly their own; far too many external influences could change their fate at any instance, the gods, others, the government -- anything, really -- held sway over any single person's life. There was no escaping it. One could control themselves well enough, but they could not control their fate; those dice simple rested with too many.

"So you have heard of teleos, good; however, the idea -- as you so put it -- is not about having control over your will. Part of it is about the true understanding that you cannot do as you are wanting to do. Do not let that fool you that you cannot overcome life's obstacles, however, those generally are within your power." Encouraging words, what else were you supposed to tell a child?

Sabaku listened intently to the shaman, absorbing his words so he could think back on this day for when life challenged him most. The idea of not being in control of ones own free will was an inevitable but sad conclusion. Perhaps he would come to better understand what his purpose in life would be...but for now he is young. The future awaits this young boy, for life is a mystery full of surprises and challenges down the road of fate.

Well mister, I thank you for your time. I really must be off now, my parents are probably home from their mission now. They've been gone for a week you see and i have missed them ever so much. Good day to you sir. Sabaku said.

Then he turned around and begun walking towards the exit with a smile on his face while he contemplated the idea of Teleos and his own free will.