The Passing of the Mantle 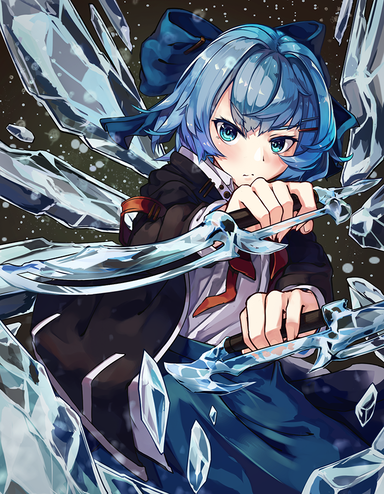 It was a solemn day to be sure. It was one that all in the clan knew was coming, but now that it came it all felt so surreal. Oushi-Ouja Suzume stood at the head of the gathering, the few dozen of her clansmen surrounding the wrapped body as it made its final rest upon a stack of dried wood. The man had been harsh, but kind to her and her people for much longer than she had been alive, and the thought of him not serving as the guiding light for her people was a terrifying thought. The grim expressions of those around her shared in that worry, some more than others.

Mechanically, she walked through the speech to honor his memory. She knew it by heart enough to memorize it, but as the words came out they felt hollow to her, as if she barely was connected to them or her body. Time seemed to rush past her, leaving her frozen a few feet away from the body as she continued her speech. With a sudden roar of fire, the kindling took to the flame and the rest of the pyre soon joined in. The smell of burning wood and then flesh momentarily silenced her as she tried to refocus herself. It was rare to give an honorable shinobi a parting ceremony such as this, bodies were not often recovered, but Nabushin had passed due to complications from his age while resting within the walls of the village.

Pushing onward she spoke a few more concluding lines, attempting to weave hope and confidence into her words that she did not feel. With her vision dimmed by the roaring flame just a few feet ahead of her, all of the faces of her family were cast into shifting shadows. Shadows that, to her, only seemed to veil contempt, fear and sadness. She couldn't blame them, even after the few years of training, she was not ready to serve as a leader. How could a rock compare to the majesty of a mountain? It was an insurmountable task to be sure, but she was going to at least try to give it every last bit of dedication and determination that she could muster. If she did not, then it was possible that the clan would slowly erode away into nothing but dust.

Strength to Storm Lord Suzume, for she will surely need it.

In the front of the crowd and to the far left sat Michino on a bench with the rest of his extended family. He had no true brothers, sisters, mother or father directly related to him, everyone here was a cousin. Perhaps that is why tears welled over gently at the sight of the Storm Lord’s funeral pyre. It was probably an odd sight to witness the Clan Inheritance Hopeful shed tears at the sight of one his challengers, even as his successor gave a speech in the attempt to take control of what was given to her. Yet, for the giant of a man sitting among his extended family, the sight of the fellow giant’s corpse setting ablaze racked out a sob as he turned his amethyst irises away and closed them to the pyre light in the corner of his vision.

Michino never held any ill-will towards anyone, even if the old bull was never fond of him. There had supposedly been a deal struck that placed the Oushi-Ouja’s support behind the young man, but, it never seemed to fully pan out. A lot of their clan still preferred the Storm Lord’s firm hand to guide the Toraono over the boy who had no family, save one very infamous older half-brother. Perhaps it was that very connection that kept most of the clan from siding fully with either of the two Hopefuls, as he had heard Suzume’s problems laid in her overall training which Michino carried in spades; he was an instructor at the Academy, after all. Despite that, and knowing someone might stand up to challenge him, here he sat among those who would pay honor to the stubborn old bull.
Once Suzume’s speech had reached it’s zenith, Michino was one of the first to start a solemn clap that carried slowly through the crowd. The blaze continued to build as the Storm Lord’s body burned away its secrets and the smell permeated through the large halls; yet the young Toraono male stayed behind. He waited until every last person except a small handful had left and the fires had burned down to a small blaze. The martial artists slowly stood up and hobbled over to the fire, looking down on the roasted husk of a legendary man. Reaching up to his hair he cut a small braid away that he had Chiyo tie for him that morning. Tossing it to the flames he said a prayer to their god before turning to raise his large wooden staff and hobble back out with his one leg. The Toraono were losing their best, but he would be damned first before letting their generation have a chance to shine and carry on their blood. At the door a stalwart older man half the giant's size waited. Though he didn't think anyone from the Oushi-Ouja was dishonrable enough to challenege Michino on a funeral day, his lover insisted that Uzu come and keep an eye out. His only stipulation was that, out of respect, he chose to stay away from the funeral of a man he had no dealings with. The old assassin handed Michino a coat as rare rain began to fall from above.

The time to choose a leader would be soon.