The Sileo Tempestas: Home of the ANBU 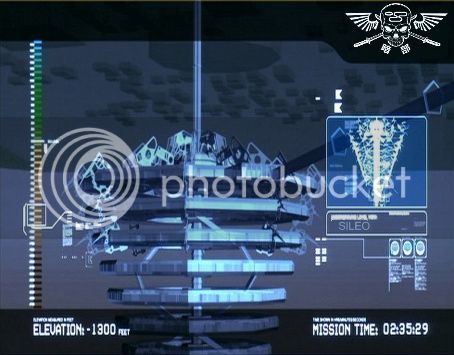 Situated deep underground and inaccessible to the general populace, the Sileo Tempestas is an ancient array of natural as well as man-made caverns and chambers, all linked together by a Byzantine network of passages often constructed out of necessity rather than according to a unified plan. It is rumored to have been the main excavation site of a long-forgotten mining operation, as its very walls are made of the same dense substance as the Dragon Tooth Pass itself. Where the ANBU make their quarters and conduct their business, natural rock has been replaced by metal or concrete bulkheads, and the entire facility is powered by geothermal electric generators even deeper within the earth.

Entry to the topmost floor is gained through a series of disguised elevators placed throughout the village and its outskirts that allow for rapid deployment of forces wherever they are needed, especially in case of an invasion. The Sennin's office and main logistics center are on the second floor down, as are the quarters of the senior officer corps. The rest of the upper floors are used for the barracks and armories, and the lower floors are used for maintenance and the housing of selected prisoners. The ANBU zealously protect their complex with both their own active patrols as well as an extensive network of powerful and lethal genjutsu traps laid out over every square foot. Without a newly updated protective tattoo (which, only visible within the Sileo, serves as a means of identifying their own), or staying extremely close to one permitted in the Sileo, incapacitation or death are seconds away.

Of note, it is said that at the deepest level of the complex, one will find the grave of Raiden Himself, although the danger of demon incursion or simple geologic instability makes finding such a chamber only a subject of rumor at this time.
You must log in or register to reply here.
Share:
Twitter Reddit Tumblr WhatsApp Email Share Link
Top Bottom