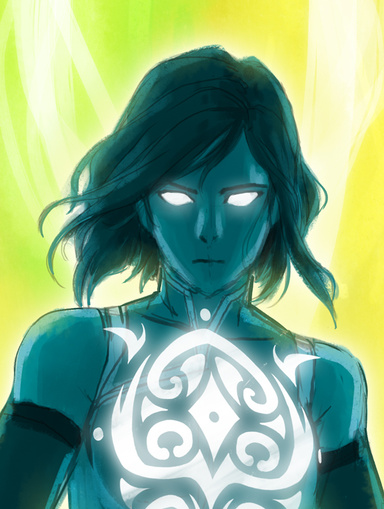 Nagisa would smile at each attempt made by the students. They were new but they and made such strides in the class. She was truly happy.

"That is all everyone! Place the instruments you used on the desk in front of you and pack up. Class is dismissed and I want you to continue training with your chakra. You should now know what it feels like to have your chakra flowing through your hands. Practice doing this for increased amounts of time each day. Your chakra control is like a muscle. You must use it to strengthen it. try for 10 seconds and each day add a second For today, however, you have practiced enough. Go to the rest of your classes or go take a nap! Keep training and eventually you will be able to do this."

'Got to show them where they can go from here.I hope they continue to grow.'

[You all pass!]
Class ended!
One more post for you all as an "exit" post.Once you do this you can get a class. If you write at least 250 words you can mark your post for training (MFT) and this week you get double training! Got questions about setting up training? PM me on Discord or on here. 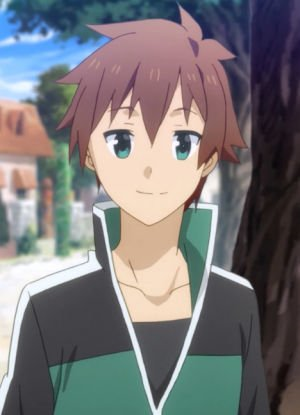 Kei was still working on the bulbs, trying to see if he could like the left then the right one and switch back and forth between the two of them a bit faster each time. He wasn't trying to show off, but hoping to test himself a bit. The more that he practiced this, then the better the boy should understand the flow of his own chakra and the easier it should be to control that energy the next time. Let it feel more natural, like their teacher said it was supposed to be, so he didn't even have to think so hard about it when Kei was ready to practice with his very first jutsu!

The bulbs started to flicker for a second, looking more like they were strobe lights or something similar, but it was hard to tell if it was because he was moving faster but feeling it was more because he was drawing to the limits of his chakra again since he was feeling tired already. But he looked up to the front of the class when the teacher said to stop, that the lesson was over today. He had to smile a bit to think he'd passed his first shinobi lesson, but seemed more interested in the promise of a nap after this!

Eyes wide to see the last display, with the whole room lighting up for a moment with all those stones and kunai glowing and left amazed that the teacher could do all that without even touching them. His head was spinning a little to imagine how she did it, but knew that wasn't anything he'd learn today. So, he slid up from his seat, taking it slow so he didn't get too dizzy after the draining effect of all that chakra control and gave a faint wave to the other classmates. "Umm.. maybe I'll see you guys... next class?" With that, he turned to head for the door with one last nudge to push his glasses back in place.

Although Tomiko never did manage to get both lights to glow at the same intensity, she was once more running low on chakra when the teacher called for everyone to stop. The young girl kind of wanted to keep at it until she got it, so it was with some reluctance that she set the stick-bulbs aside once more. Instead she took up her mostly empty can of energy drink, sipping at what little was left as she listened intently to the teacher.

Practice for ten seconds starting tomorrow, and then eleven seconds the day after, and twelve the day after that, and so on... Then after however many days she would be good enough at using her chakra to start learning shinobi jutsu? She could do that!

Her internal thoughts were suddenly derailed by the teacher's display as all the tools in the room lit up seemingly of their own accord. It only took a moment for her to realize that no, the teacher was using her chakra to light all the tools up! From that far away, too? Before the lesson, Tomiko wouldn't have really known enough about chakra or how it felt to move it around to understand why that was impressive. Oh, she still would have been blown away, but now with an ability to actually appreciate it some... It left the young girl momentarily stunned speechless as she simply watched with wide open green eyes. Only after the teacher stopped her demonstration and gave them a wave did she snap out of it, giving a hasty wave of her own as the teacher took her leave.

Hopping up from her seat, Tomiko had half a mind to chase after the teacher and ask her everything she could think of. She was leaning towards actually doing so, when one of the boys spoke up and caught her attention. Turning her head a bit too fast, sending her pigtails swinging lightly through the air, Tomiko took one final sip from her energy drink before returning the light wave and giving a nod.

Before starting to head out herself, glancing at both boys, she spoke up as a thought struck her. "If you need anybody to practice with, let me know! I live at the Akiyama conveck... Confesh... The candy shop!" Then, she took her leave at a hasty pace to escape the mild awkwardness of flubbing a somewhat complicated word. Truth be told though, she was also eager to go enthuse to her friends and family about what she had learned and seen today. 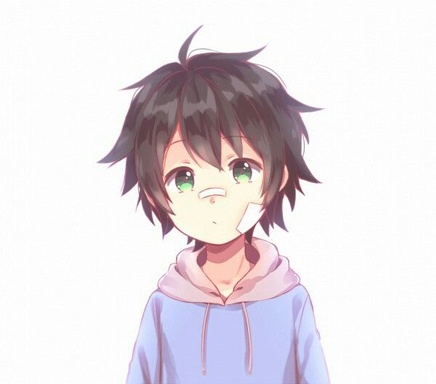 Haruto dropped the instruments of his victory in this class. he felt a sense of victory come over him this unknown fire that burned within him gave him hope. he let out a smile as he slowly put the two sticks on his desk. he wondered what was next for him would this fire die out or would it only burn more? He wasn't exactly sure about this, but for once he did not care he was fine with not knowing. This was a sense of freedom he had never experienced before for once he felt there in the moment.

I guess I should try to train harder not with anyone else with myself because, in the end, I am the one who knows the most about me!

he heard the other two children's comments about the future. "I hope to see you both again soon!" he said as a wide grin filled his face, he started to chuckle it was something very unlike the child from before. He felt happiness come over him as he slowly made his way down to the door. he made a vow to always remember this day: the day he learned a valuable lesson something he should ember forever an unforgettable lesson. this was a good day for him he slowly made his way out of the classroom. he smiled as he did so closing the door behind him since he appeared to be the last person gone. he walked out of the room with a bright smile he was happy.