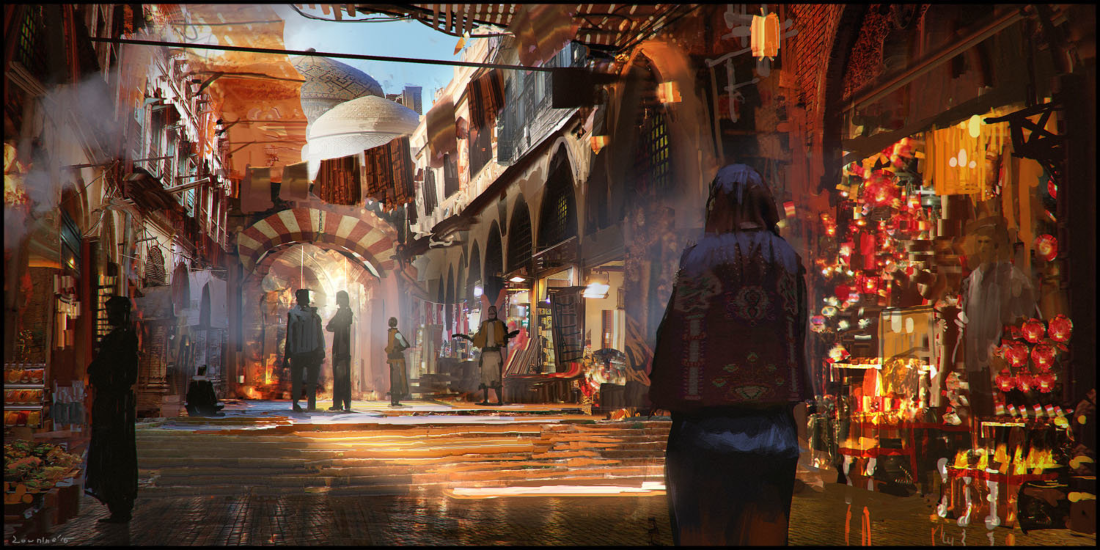 Unexpectedly buzzing and crowded, the foreign district brought her own village’s to memory—with cooler temperatures, of course. The traveler’s nostrils inhaled wafts of exotic cuisine, spices, and produce from prosperous bazaar stalls. Enthusiastic as she’d been to sample it all to heart’s content, the Kumogakurian reminded herself the funds weren’t unlimited. Of no shortage of wealth at home—a traveler’s purse could only hold so many coins: And, without work—wouldn’t find itself magically refilled.

Should prob find somethin’ temporary, the kunoichi reminded herself, drawing another drag of the local cigarette into her lungs. Its contents proved stronger than what she’d typically purchase from home—whether legally or not, she wouldn’t know. As the trader selling them hadn’t appeared associated with any official franchise: simply a middle-aged male running a stall. Nonetheless—cigarettes were cigarettes. He’d made a sale, and she’d received her money’s worth—both trader and customer satisfied. Couldn’t find the harm in that. There proved graver matters in this depraved world, after all, than scrutiny into nicotine content. Her latest venture clearly reminded of that. Siu was just glad to find somewhere to replenish stock afore her final smoke. The withdrawal experience for someone as dependent as her, inhaling smoke like fish breathed water—she’d not want to imagine.
Almond hues observed native residents carry on about daily activities. Whilst something few might regard amazing, somehow, happenings in places unfamiliar seemed to arouse greater intrigue; where even sensations of nature’s breeze felt new: the variation of its taste compared to home’s—a fresh experience.
A hand reached for her back pocket, rummaging a moment; the silver timepiece withdrawing. ‘Timepiece’ proved an accurate descriptor; given the object now hardly resembled its original identity as a watch: Devoid of a strap, with both hands miraculously maintaining function behind terribly cracked glass.

“Little late, ain’t they?” Less that timepiece did, in fact, finally prove dysfunctional.

Unprofessional, but Siu figured much couldn’t be expected from, well—unprofessionals. Still, if she’d paid her money, there should’ve been regarded some degree of punctuality. Others might say the yen could’ve been better spent elsewhere—like a fine restaurant or night in fancy accommodation. Yet, the traveler understood natives would always bear greater knowledge of home than any foreign eyes could ever presume by sight or gather through books.
The ones to lead this supposed ‘Sunagakure Tour’, she’d hold not a clue. As arrangements had been made by some teen distributing flyers; which in truth, in itself proved sketchy. It wouldn’t have been the first time Siu’s intrigue got the best of her—nor her coin purse. Yet, her only answer proved to continue waiting . . . And waiting . . . And waiting.

Sora should have been used to the sights and smells of village but compared to where he'd come from, the whole mess of it was still an affront to his senses. A spice here, a dank smell there, sweating people hustling and bustling beside and all around him, the cacophony of sounds threatened him with a near constant sensory overload. Calming his nerves, he took one breath and then a second before he set off for where he was supposed to meet his supposed guide for the day. Receiving a basic description, the irony wasn't lost on him that even despite needing to be ninja that oftentimes the apparel of said ninja was loud, obnoxious and totally anything but stealthy. Quieting the dissettling thoughts, onward he walked through the stalls and down the streets.

Losing himself in the comfort of his overly done, somewhat rather large black and yellow hoodie and shinobi garb ensemble, he ignored the stares that he'd draw as the outfit was anything but warm, even in the direct sunlight. When at last he had found his teacher for the day he was surprised to find her smoking, something that he figured that shinobi just didn't do. Then again, there was the whole thing about them not actually being the sort of stealthy folks that they were supposed to be. Perhaps the woman was relying on chakra to keep her young or her lungs were continually healed via medical prowess. Whatever the case, Sora made himself known when he finally approached her. "You know, those aren't supposed to be good for you, but to each their own." Probably a tactless introduction but Sora was trying to help the woman out. 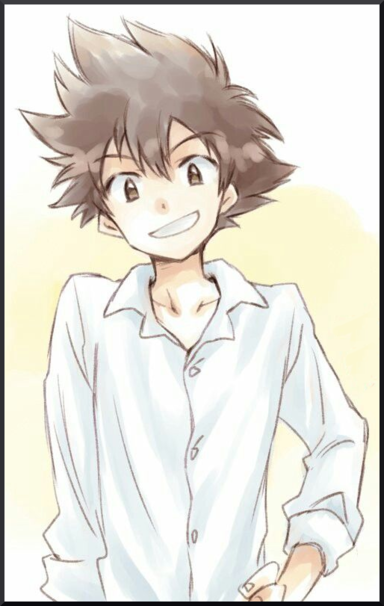 "My job is to give a tour today with a few other Sunans, ay? I'm all for it."

These days, Ringo kept himself extremely busy as he pursued shinobihood. When he wasn't training, he was often seen running odd jobs around the village assigned to him by the academy. They were E-rank missions and, while they didn't necessarily contribute to any true advancement, the extra side cash really helped fill the gap caused by his parents' disappearance. Fortunately, the Mugen Clan possessed reserve funds in their bank account that steadily sustained the taxes on their estate and other common living costs. It wasn't enough to afford Ringo anything extra, so he was always working the grind.

Today's mission was relatively simple. Apparently, there was a type of operation ran by village children to act as tour guides for foreign visitors. After time, some lesser village officials took wind of this operation and began to loosely moderate it through low-ranked missions. It still kept true to its disorganized core, but the village received a lot less complaints since they added their supervision over these student-ran tours.

"Hm, it seems I'm almost at our meeting point." Staring at a small, opened scroll with coordinates and a meet time, Ringo strolled down the busy streets of Sunagakure's Residential District. The day was like any other usual day; super hot weather, lively people, and sand literally everywhere. The young Mugen was well acclimated to the desert terrain, so he casually clothed himself in light layers. He wore a white t-shirt with a loose blue sweater which was tied around the waist of his black pants. His goggles were strapped firmly on to his forehead, which further stood out due to the bright, cross-like shine in his eyes below it. This was Ringo adorned in his most comfortable aesthetic.

Surveying around him, he soon spotted a young woman whose appearance fit the charge he was given. She appeared a smoker, which was met with cautionary words by a dark-haired youth. With a bright smile now painting his face, Ringo entered into customer service mode and approached the duo. "Hello, I'm Mugen Ringo. Were you expecting a tour?" he questioned the woman. The boy pulled out his scroll with information about today's assignment. "I and a few other Sunans are going to show you around our village and answer any questions you may have. I believe the tour doesn't officially start until a few more minutes. Also, according to this scroll, I think we're expecting one more." As the student was about to ask the shinobi their names, he was interrupted by the ringing of bells and the creaking of wheels. An older man with a white, enclosed cart passed by them. His cart was captioned in bright blue 'Flavors Hidden in the Ice Cream'. Ringo's eyes widened excitedly as he perked up a bit.

"Ooooh, before we get started, I highly recommend some ice cream from that vendor's cart. His soft serves are the absolute best and it'll keep you cool." He motioned at the man as he soon approached the trio. "There's plenty of flavors to choose from. My treat! Take it as a Sunan welcome gift. What suits your fancy, uhh..." the boy scratched his chin, "pardon, what are both of your names? I haven't caught them yet."